In my last few posts I have talked about three moral philosophies that can be followed by those wanting to lead positive lives.  What I would like to do now is provide a quick comparison of each of them.  It is clear that there is some overlap among the three philosophies.  However, I believe that the following are the distinctions:

1) Consequentialism is concerned with the ends and not the means.  It is concerned with providing the greatest amount of good to the greatest number of people.  I believe that this goal of the most happiness for the greatest number of people tends to diminish the role of the individual at the expense of the goals of society, as determined by some collective body of people or leader.  I believe that this is not an optimal philosophy and can be greatly abused by the collective bodies or leaders imposing their will on individuals.

2) Deontology is concerned with the duty or the obligation of the individual.  The focus is much more on the individual, requiring reason and intelligence.  However, the lack of focus on a goal or outcome, as well as the lack of concern for unintended consequences, can lead individuals to a false sense of purpose.  I think that this approach may take the individual far along the “journey” segment of the road to happiness, but falls short of encouraging the “adventure.”  This limits the ability of the individual to reach happiness and the promotion of the flourishing of society.

3) Virtue Ethics is concerned with the individual and his/her character.  It is based on an ultimate goal of happiness.  To reach this happiness requires acquiring the virtues.  It is these virtues that lead the individual along the road to happiness.  It includes the goal-focus of consequentialism and the duty-focus of deontology but with an emphasis on individual character and not action.

To purchase book and, if you don't have a Kindle device, to download free Kindle reading app to read book on any device (smartphone, tablet, PC, or Mac) click on image of book cover below. 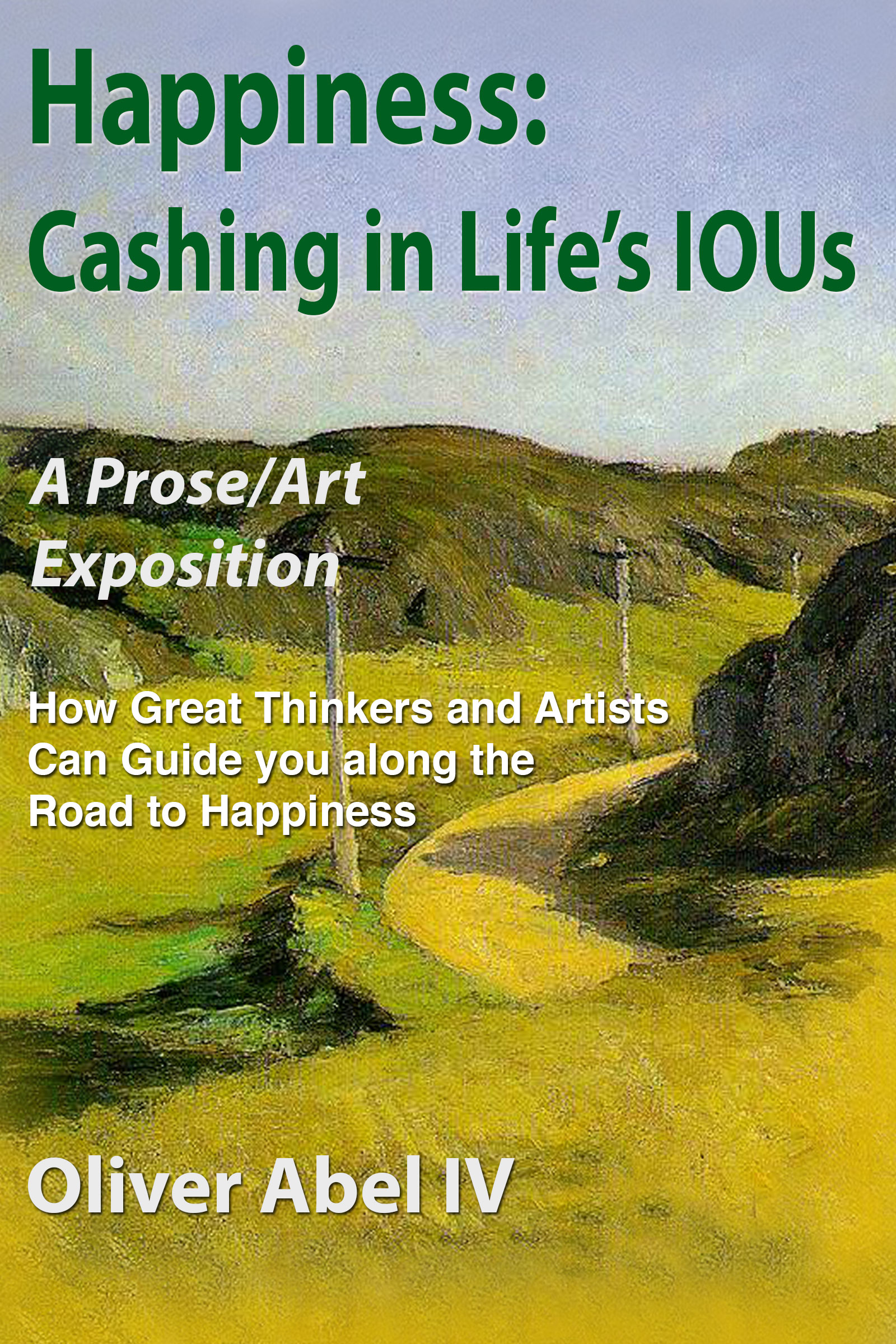